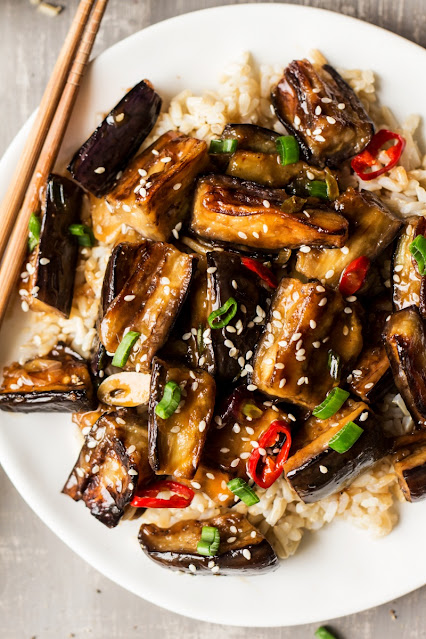 September is gradually reaching a conclusion, despite the fact that you would not have gotten it venturing outside as it’s especially hot this week!

The finish of September implies that my cherished aubergines will before long vanish off the green merchant’s racks so I am quick to impart one more aubergine formula to you before the finish of the period.

This formula is a straightforward midweek supper that is anything but difficult to make, yet it’s some way or another noteworthy. It’s a straightforward aubergine pan sear enhanced with a lot of aromatics in a pungent, prepared coating served over a bowl of steaming hot rice.

To prevent the aubergine from absorbing a lot of oil, you coat it in a meager layer of cornflour first which likewise creates pleasant fresh edges during sautéing. On account of aubergine’s firm and substantial surface, this dish is somewhat fulfilling whether you’re vegetarian or not.